The Metamorphosis of Global Culture 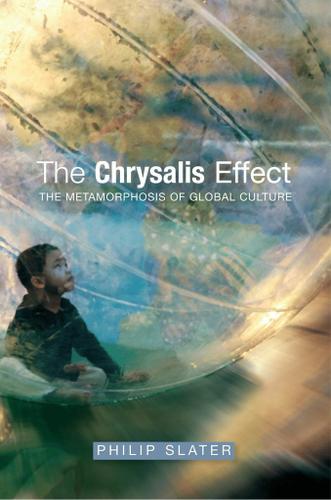 Already purchased in store?
or

The Chrysalis Effect shows that the chaos and conflict experienced worldwide today are the result of a global cultural metamorphosis, one which has accelerated so rapidly in recent decades as to provoke fierce resistance. Many of the changes that have taken place in the last fifty years - the feminist movement, the rapid spread of democracy, the global economy, quantum physics, minority movements, the peace movement, the sexual revolution - are part of this cultural transformation. Contrary to accepted opinion, the conflict it engenders is not a struggle between Left and Right, nor between the West and Islam, but one taking place within the Left, within the Right, within the West, within Islam, within everyone and every institution. Currently, the world is in the middle of an adaptive process, moving toward a cultural ethos more appropriate to a species living in a shrinking world and in danger of destroying its habitat - a world that increasingly demands for its survival, integrative thinking, unlimited communication, and global cooperation. Philip Slater - author of the bestselling The Pursuit of Loneliness and nine other nonfiction books - explains the metamorphosis of global culture through the analogy of the transition from caterpillar to butterfly - the Chrysalis Effect - whereby old cultural assumptions are challenged while innovations are seen as a social ill, a critical moral infection, and attacked as such by the upholders of tradition. And when the budding culture replaces the previous one, it doesn't create a new way of being out of nothing, but merely rearranges old patterns to make the new ones. Today, our world is caught in the middle of this disturbing transformative process - a process that creates confusion over values, loss of ethical certainty, and a bewildering lack of consensus about almost everything. The Chrysalis Effect provides an answer to the question: Why is the world in such a mess?